What Does Success Mean And How Does It Look 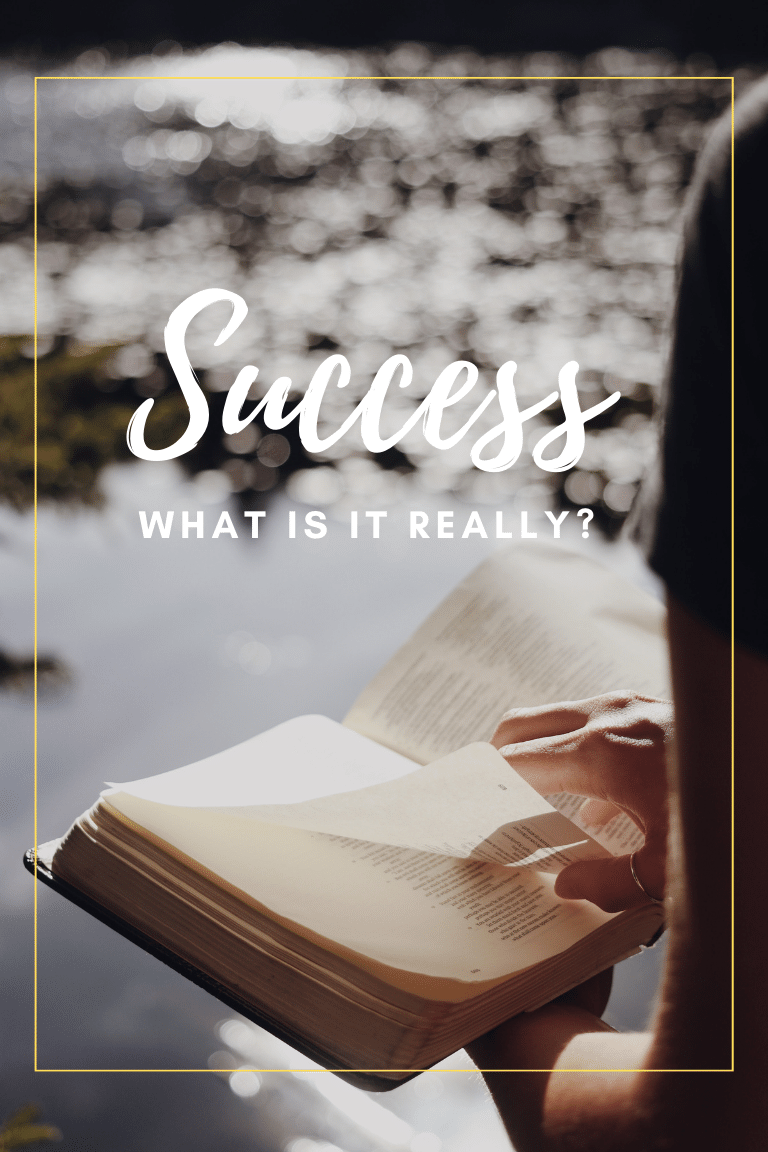 Are you struggling to define what a successful life really is? Do you find yourself asking, “What does success Mean? How does it look?”

If so, you are not alone. I have wrestled with these questions myself. I want to share with you what I’ve discovered on this journey called life.

The answer really depends upon who you are and your filter(s).

Lately, (the last two to three years) I’ve been in a period of what I call “transition.” Although I am content with my life, there is still an unease sometimes. I hadn’t been able to put my finger on it… obviously, two to three years is a long transition. LOL!

Personally, I don’t think I meet the criteria for either. I mean, I love life and I am genuinely happy. More than ever, I am full of purpose and I look forward to the future with joy and excitement.

I recognize that I’ve been blessed to live most of my adult life on my terms. Every goal, that mattered, I set for myself I achieved. Well, except for one, but some days I don’t want to go back to school. So the verdict is still out on that one. LOL!

And here lies my problem- when I think about it, I think I just want success. I am not talking about the success of accomplishing more things.

On the contrary, I am quite happy with what I have right now. I don’t need another endeavor.

I’ve come to the conclusion that I am indeed dealing with an unease. However, I believe this unease is more related to my needing to reframe my own definition of success. And then to actually believe it and not just give lip service to it.

Let me stop here and share my background with those who don’t know. I am a Christian.

Trust me, I know how some of us look nowadays, but I like to think I am a decent one. At least I strive to be. Jesus is still working with me and just as importantly I am allowing Him.

As a result of my faith, I have made up in my mind that everything I believe, try to believe, or should believe will be filtered through scripture.

What Do Coffee And Success Have In Common

Think about coffee. If you want a good cup, it has to be filtered. Filters matter when it comes to coffee as well as our thinking. Having a filter helps us to shape the way we view things and experience things.

Unfortunately, too many Christians allow their thinking to be filtered by political ideology. For others, it’s pop culture. Hack! I wouldn’t be surprised that for many it’s both.

After reading a Facebook post of a solid (not famous) Pastor, Gabriel Stovall, I realized that when it came to the definition of success that I was acting on was not being filtered through my faith.

I had allowed pop culture, maybe even the world in general to determine what I truely believed success to be. Once I started to see this, it started to explain my “unease.”

His words were so rich. Honestly, they could have been my own because it’s what I know in my head and what I’ve spoken about the church often.

Somehow, however, I became a victim of stinking thinking or I simply allowed my faith filter to be removed when it came to the definition of success.

I debated posting all of his words, but I decided to do so because it’s that good in general:

When I think about the New Testament Church as seen in the book of Acts, it reminds me that when church was at its most impactful and powerful place, it was largely because of how counter-cultural it was to the mainstream Roman Empire.

Christ’s church was a daily pushback against the established and acceptable culture of the time, along with all of its political sinfulness. The NT Church was attractive because of how much it DIDN’T look, sound or act like mainstream culture. That church was powerful because it realized its strength was in its difference — its power in its uniqueness.

Today, particularly in our Western world — specifically in America — it feels opposite.

-How many people is it drawing, and how slick are your marketing tactics to make them want to come?

-How much money is it making, and how creative are your fundraising techniques to get more?

-How much domination of the local/regional market does it have, and how many more buildings, programs, locations, bells and whistles can we add to create a ministry monopoly in our area?

Christianity has become an industry. No other religion on the PLANET markets itself as aggressively or with so many strategies that closely mirror secular business methodology the way Christianity does.

You’re lying to yourself (or naive) if you can’t see that.

And based on what I see in scripture, I’m convinced that Christ’s original intent for His bride was NOT for it to be so similar to the world it’s supposed to bring light to that if you close your eyes, you can’t really tell the difference between the two.

I love the church. But I love the one we read about in Scripture. I’m not too crazy about the one we’ve created in America. The one that still measures success too heavily by way of bodies, buildings, budgets and political affiliations.

We are experts at marketing a churchy experience and calling it “impact,” but when you look around and consider who it’s predominantly impacting — people who have already been assimilated into church culture — are we really winning?

Can I be all the way honest and transparent with you? Sometimes I struggle with building ministry for these very reasons. I know exactly what it would take to draw a crowd and to build something that looks successful in the consumer’s eye. But every time I take a step in that direction, something won’t let me fully commit.

I used to think that “something” was false humility or just fear of not being “successful,” but now I know better. Now I know that something is the fact that I never want people to feel like I’m using them, their presence or their interest in the ministry God has given me as a means to an end….as a way to build “my platform.”

I envision a church that isn’t dependent solely upon MY charisma, MY personality, MY preaching/teaching gift to the point where if I die or backslide, the whole operation crumbles.

I envision a church that truly feels like family that just seeks to live well and show people Christ’s love — not to become the next “thing.” Not to “put the city on lock” with our brand of ministry. But just because it’s the right, wholesome, God-honoring thing to do.

I envision a church that is a disciple-making station, not a “Christian platform” factory.

The biggest problem with this is I’m not sure that’s truly what the majority of people want. But then again, perhaps it isn’t about the majority. After all, the words of Jesus remind us:

Could it be that the true signpost for ministry effectiveness and success is how UNPOPULAR what we do is?

No doubt this post caused you all types of revelations too. For me, the part about what success isn’t was just one. But that one is what this blog is about.

I am feeling this unease because I have been focused on metrics…numbers!

My whole complaint isn’t that I haven’t accomplished something or taken action, it’s on metrics. Numbers!! I have allowed the world to dictate my definition of success.

What Does Success Mean

Success isn’t about amassing things or money. It’s not necessarily in the big and it’s not always in the small.

For me, it’s understanding what success is filtered through my faith.

It’s funny, I was on Facebook…again (I might spend too much time there) and I saw a post where someone posted Maya Angelou’s definition of success. She has written, “Success is liking yourself, liking what you do, and liking how you do it.”

I love it! But it’s still like the by-product of what it truly should be for a Christian. Success, using my Christian filter, is doing what God told you to do and being who He called you to be. Full stop!

I also submit to you that when you are aligned with that definition, you should like yourself. You should also like what you do, and like how you are doing it. If you don’t like it at first, you will grow too.

When I really think about it, logically it makes no sense to think I am not successful. I started a whole school for Pete’s sake. I have inspired thousands of teachers and given them hope that they can start a school too.

When I stepped out and created that school (which God called me to do) that was a success. What came next was between the people and God.

The crazy thing about it is that although my enrollment numbers have always been small, kids’ lives were changed because I did what God told me to do. I showed up every day he kept the doors open.

How dare I minimize that impact?

This is just one thing. Of course, I don’t want to go through a list of things that I’ve done (God-inspired) that prove my success. The greater point that I hope I’ve made is that my unease was a result of me not filtering my definition of success through my faith.

Leave The Results To God

God has never made us responsible for the results of what He called us to do. Noah’s only job was to build that boat and warn the people to repent. For 100 years, God had Noah building that boat and ministering.

God didn’t say Noah was unsuccessful because no one listened. Noah was successful the day he picked up the saw and hammer and continued ministering to the people while God had the door open.

All it took for Noah and me to be successful was to do and be what God called us.

Filters matter! What definition are you using to measure your success?

What does success mean? It all depends on the filter that you are using. If you are Christian, I sure hope you are using His word as your filter.